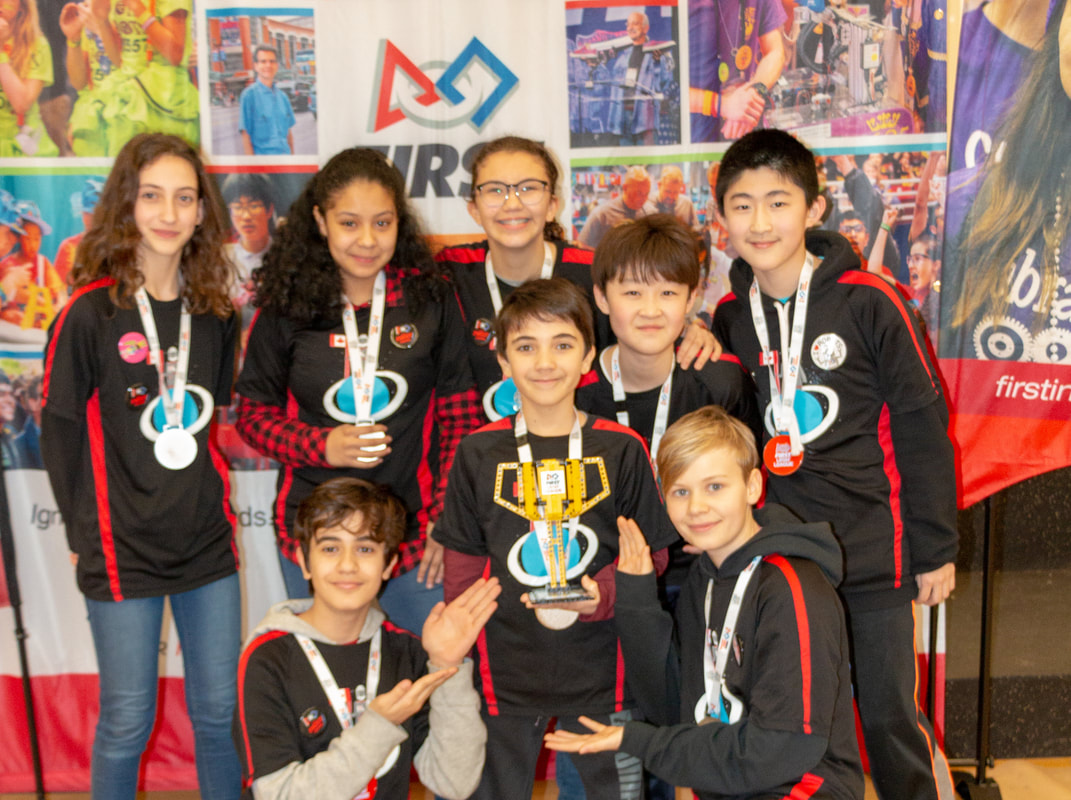 LULU- She helps the team tremendously by building attachments for the robot, and improving the attachments, robot and programs. She also speaks to people about the Project and gets ideas from experts. She sometimes keeps the team on focus so we can concentrate on what we are working on. One of Lulu’s best traits is the fun that she brings to the team, but of course everyone has some humour!

DAVID- He always helps the team in a lot of different ways. He is the main builder of the team and gives a lot of ideas for the next contraption and the next mission we have to do. David is very creative and that is a truly great feature for our team, because whenever we have a moment that we get stuck on an idea or on an attachment he always thinks of a great idea. He also spots any flaw on the attachment. And he is always singing or beatboxing. Signature attachment: the pneumatic pump mechanism.

KEVIN- He is the master of programming and math. He might start with a program that isn’t that accurate but in the end he perfects it. He also is an awesome thinker. He does not get distracted (like sometimes the rest of us do) and his focus is amazing.  We are proud of him being on our team. Kevin also designed this year's team logo!

IOKASTI- She is a really good friend to those she meets. She is very kind and patient. Her contributions to the team are many, from helping with building attachments, to programming some of the missions and fixing programming problems. She is relentless at trying out the programs over and over until they are flawless. She also helps a ton with presentation for the project. She’s the glue that keeps the team together.

KYOUNGJOO- He is a splendid builder and he can make attachments that are okay at first, but then he keeps working on them until he makes them awesome! He always leaves us laughing, but never when we are working. His building skills helps our team a lot. He can also help with programming when Kevin is not around. We are so glad that he is on our team. He can be very focused most of the time. Signature project: our bot, ATLAS.

PAOLA- She is a huge help to the team, she is creative, open to new ideas and is willing to help with some of the programs. She has also worked a ton on the project by revising and producing new ideas to finishing the overall look of our posters and the presentation for judges. When making programs she stays on task to create programs that work flawlessly and efficient.

CONNER- He is also one of the main builders for the team along with David and Kyoungjoo. While working on attachments for the robot he also puts a ton of creativity in them. He can will think of these mind-blowing ideas that he usually brings to life. Conner also makes the team laugh during break which always brings fun to the group. Signature attachment: the claw.

MASIHA-  He is a good friend to everyone in the group, he always brings the positive side out of things and the fun side of things. He would work on the programming and the building. Whenever anyone needs help, he would go to them straight away. He also comes, up with amazing ideas that we could use on the project. Masiha surely helps the team a lot with his positive personality.